Beijing Lights: "My Days Have Become an Endless Loop" 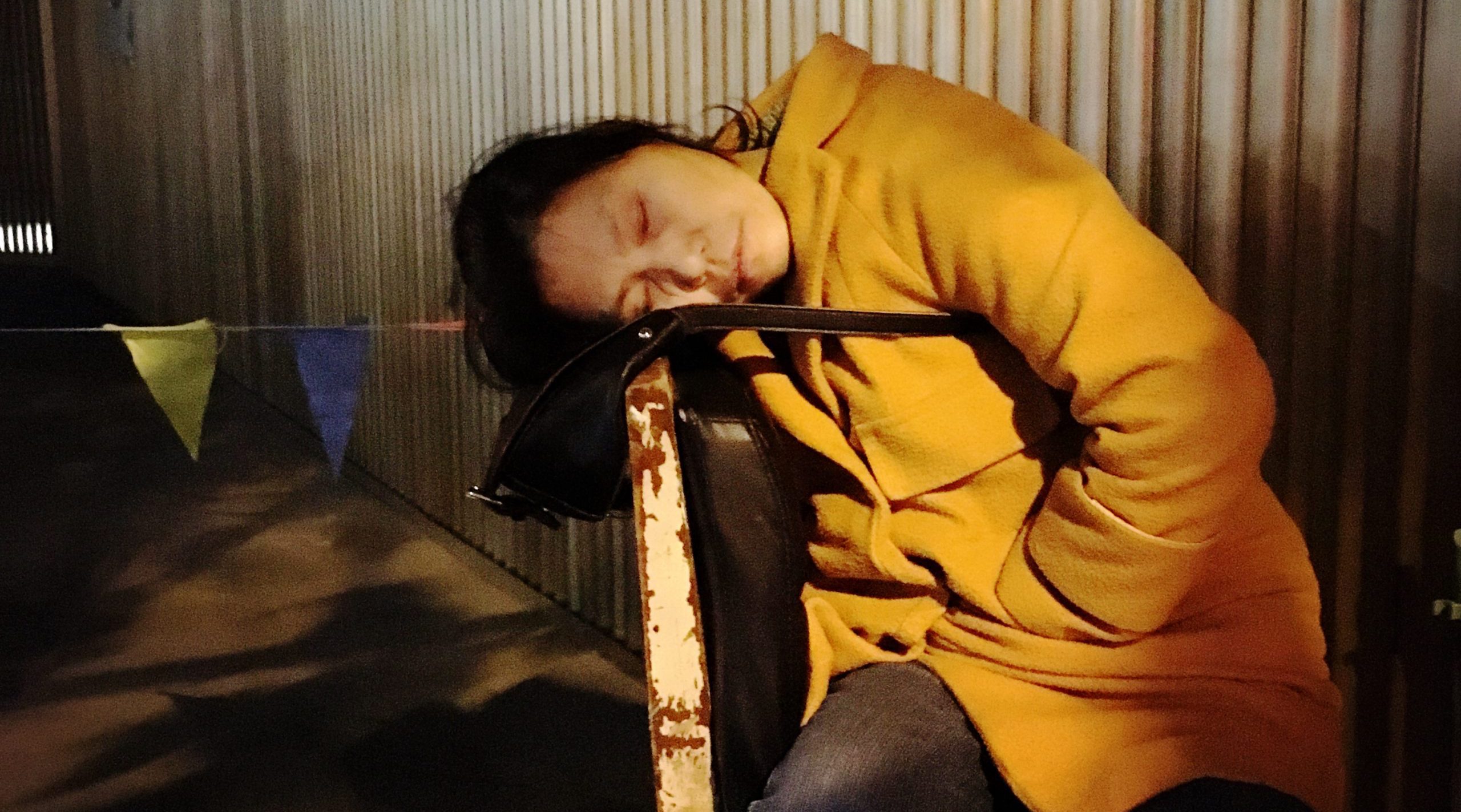 Beijing Lights is part of an ongoing series by the Spittoon Collective that aims to share some of the voices that make up Beijing’s 21.7 million humans. They ask: Who are these people we pass in the street every day? Who lives behind those endless walls of apartment windows? These interviews take a small, but meaningful look.

Note from the author: Whenever I visit Yao’s vegetable stall, she greets me with a big smile. Without this interview, it would never have occurred to me that her cheerful face conceals such a toilsome life. Like many others I’ve interviewed, Yao says she’s only one of the millions of ordinary people trying to get by. "Over the years so many people have passed through, asking about the price of my vegetables. Nobody has ever asked me about my life."

These years, life’s not been easy for me.

I’m originally from Dingxing in Hebei. After I got married in 1985, I came to Beijing with my husband to open a small business.

We started selling vegetables at Hepingli Farmers’ Market, one of Beijing’s first large-scale farmers’ markets. After it was shut down in 2006, we rented a small semi-basement and tore out a wall to make it into a food stall. We sold vegetables there for 10 years before Beijing started cracking down on illegally built houses and we were forced to leave.

We scrambled until we found another place, but it got torn down again after only two years. After that we moved here. Though we need to pay RMB 80,000 a year, the good thing is this place belongs to the government, so we don’t need to worry that it will be demolished. We can just focus on our business.

Actually doing business used to be easier. Everything was a lot cheaper. It only cost a few mao for a half kilo of watermelon, and a few kuai for a half kilo of pork. And we didn’t need to travel all the way to the Sixth Ring to purchase the goods. Now we have to get up at 3am every day, and the market is always packed with other vendors. If we ever run late, some of the goods might even be gone by the time we arrive.

For all these years, we’ve been selling vegetables to raise our daughter and son, and to support their education. Even though they both attended public school, since we didn’t have a Beijing hukou, we had to pay extra to secure their spots. We made the payments from when they were in preschool all the way through high school. It was not a small sum.

Over 30 years of hard work, and we could never afford a house here. Working morning to night, what we earned was just enough to make ends meet. After paying rent every month, and paying this or that fee, we hardly had any money left.

My husband passed away five years ago. It happened very suddenly. We went to the market together that morning, and he even unloaded the car when we got home. By noon he was dead. We still don’t know what took him.

He was young, only 47 years old. We got along well, never fought much during our marriage. It’s more just that we were so busy earning a living, day in and day out, we didn’t have the time for quarreling.

For him to suddenly be gone like that – it’s very hard for me to accept. But what choice do I have? Life moves on. He used to be the one to load and unload everything from the market. Now it fell on me to manage our store. In the morning I go to the market by myself, load the car and bring the vegetables back. It’s difficult and toilsome. But in time I’ve gotten used to it.

Misfortune piles on misfortune. Two years after my husband passed, my son got into trouble.

He was working with two businessmen, doing their accounting for a highway construction project. Who could have known the project was connected to illegal activities? One businessman got sentenced to 19 years in jail, the other 18. My son was sentenced to 10 years. He is kept at Shangbancheng Prison in Chengde City.

I get to see him once a month. We talk to each other through the metal bars. My daughter-in-law and my grandson come with me on the visits. My grandson will be turning six in August. He’s a good kid. Even though he only sees his dad once a month, they’ve grown close.

Every month I send 3,000 kuai to my daughter-in-law to help support my grandson. I’m doing this partly so that she will stay in the marriage. I’m worried that if she wants a divorce before my son gets out, it will take away his hope.

My son is only 31 years old. He still has his whole life ahead of him. My hope is that he might be released early for good behavior. Every time I visit him, I try to encourage him to stay positive about the future. I remind him that his wife and son are waiting for him. This thought gives him a lot of motivation.

I have another big concern – my daughter. She is doing well with her job and she is quite filial. What I’m worried about is her personal life. She is 33 years old and still unmarried. She refuses to meet the partners I try to arrange for her. I don’t know what else I can do.

It’s true that our generations have very different attitudes toward marriage. For my generation, we had none of these expectations. If we could come together and have a steady life, that was good enough.

For all these years, my days have become an endless loop. I get up early to buy goods from the market, I unload and arrange everything when I get back, I work the whole day at the stall, then I go home to eat and wash up before bed. The days repeat like this, one after the other, for each passing year.

My life has all been centered on my children. Time’s flashed by before I’ve had a chance to reflect. And now I’m in my late 50s without having done anything remarkable in my life. I’ve brought up two children to adulthood. Maybe this can count as my biggest achievement.

This article is provided by our content partners Spittoon Collective. You can read more content just like this from Beijing's creative literary minds via their website here. You can also find the article above in its original Chinese form here.

Provided:
Paid:
Back to Feed
Use left/right arrows to navigate the slideshow or swipe left/right if using a mobile device