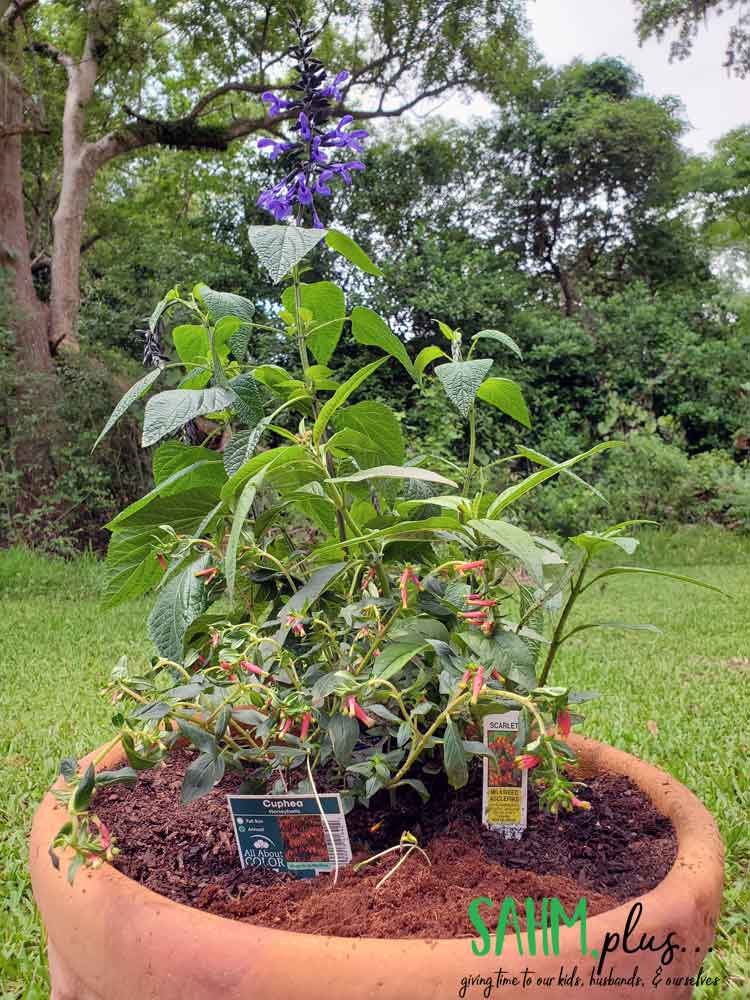 What has family life been like for us while stuck at home during the pandemic? Better than we could have hoped! And we learned a few things along the way.

Being stuck at home during the pandemic has been far from a joke.

Our routines and schedules were completely changed up on us, whether we liked it or not.

Some of us had our hours reduced if not jobs completely eliminated.

We had to learn to ration food and basic supplies.

Virtual school was a nightmare that had to be figured out in a hurry if you didn’t want your kid to be left behind.

Although a lot has changed in the wake of the pandemic, I’ve seen a lot of good come out of being stuck at home, too.

What We Did While Stuck At Home During the Pandemic

Here are some changes we made while being stuck at home during these strange times!

Some have been good.

Some have been fun.

Some have been a learning experience.

1. I learned we wasted a lot of food!

Prior to the pandemic, it was nothing for me to make dinners using meat packages as they were sold.

That said, it was also nothing for a lot of food to go to waste, even if I was vigilant about eating leftovers for lunch.

Well, when food and other basic supplies became difficult to find in the store, I knew rationing was the only logical thing to do.

So, I stretched out our food purchases!

We bought meat in large packages at Costco and froze them in smaller portions than you’d typically buy in a grocery store.

To help reduce waste and stretch our budget, I also would take thick cuts of meat and cut them in half.

One thick New York Strip Steak would be sliced in half to become two thinner steaks. I found that two thin steaks was plenty to feed two adults and two young children.

I’d do the same for our thick pork chops, only it took two boneless chops sliced in half to make a decent meal.

Sometimes we’d have leftovers for me to eat the following day for lunch, sometimes we wouldn’t.

Additionally, I learned how to parboil diced potatoes for freezing. When I was finally able to buy a bag of potatoes, I parboiled a bunch ready to use for mashed potatoes in the near future.

2. Potted plants for butterflies and bees

For Easter, the kids each received pollinator kits from the Easter Bunny. They planted their Cosmos seeds that very day and we all enjoyed watching the seedlings grow over the course of about two weeks.

Then, I had a stroke of inspiration and decided I needed to transplant them into a large flower pot outside. And because the pot was so huge, I would buy milkweed for butterflies.

Well, I do not at all have a green thumb, but decided I’d try for the kids.

At Ace Hardware, I relied heavily on instruction for transplanting and was also informed that the large flower pot would be too big for my seedlings and the one milkweed.

So, I came home with milkweed, a Cigar Plant (Cuphea), and Salvia. All the plants are butterfly, bee, and hummingbird attractors.

Unfortunately, I managed to kill the Cosmos seedlings. However, the milkweed and Cuphea have taken to transplant fairly well.

The Salvia? It’s in a constant state of uncertainty. But, that I have managed to keep 3 of the 4 plants alive is pretty impressive.

In the weeks since they’ve been planted, we’ve been sure to visit them and check on our caterpillars almost daily!

Some days we have difficulties and we’re still learning, but we’re making work at home and home school actually work!

The first week was a huge adjustment, but we’ve since found good routines and my daughter is usually finished with her work for the day by lunch time!

My son has days he loves doing his home preschool, while other days is more of a struggle to get him to settle in for it.

Still, I think we all enjoy the extra time in the day to explore our own interests. And the kids have been enjoying much more freedom doing things outside.

Because we obviously didn’t have enough to do, I thought it would be fun to create a new YouTube channel.

On our channel, Boyter Buzz, we’ll be sharing all sorts of the crazy activities we get into.

My daughter has shared her first video about her new Leopard Gecko and has ideas for the next video.

We’ve also shared a video about our family boating day from Jacksonville to St. Augustine.

Of course, that meant someone had to learn to piece together videos. And, because it was my idea, I decided that person would be me.

I’ve been learning how to stitch together photos and videos, created an animated subscribe button, and am learning audio manipulation. Currently, I’m learning on our old software, PowerDirector 11, but will probably upgrade in the future.

5. Made Time for Exercise

I struggled with the idea of exercising at home for a couple weeks. I mean, I bought into a gym membership for a reason!

After a couple weeks, I realized all the hard work I’d done to build muscle (and firm up my butt) was going to go to waste if I didn’t exercise at home.

So, I made the time!

At least two days a week I spend a minimum of ten minutes following exercise routines on YouTube.

Although I loved the weight room at the gym, my goal while stuck at home was to not increase my middle section. Plus, I wanted to try not to lose all the work I’d done to firm up my butt at the gym.

Because of which, I mainly stuck to ab and booty workouts. My favorite was with Chloe Ting.

We did a lot of cool things.

We learned a lot.

It started out really hard being stuck at home.

It took some time for my husband and I to figure out what days we each were less available to the family because we had deadlines for certain things on those days.

But once we got many of those things figured out, we kind of breezed through the current normal.

Sometimes it didn’t even feel like we were stuck at home.

Instead, I guess it felt like we weren’t living in modern times, and it was kind of peaceful.