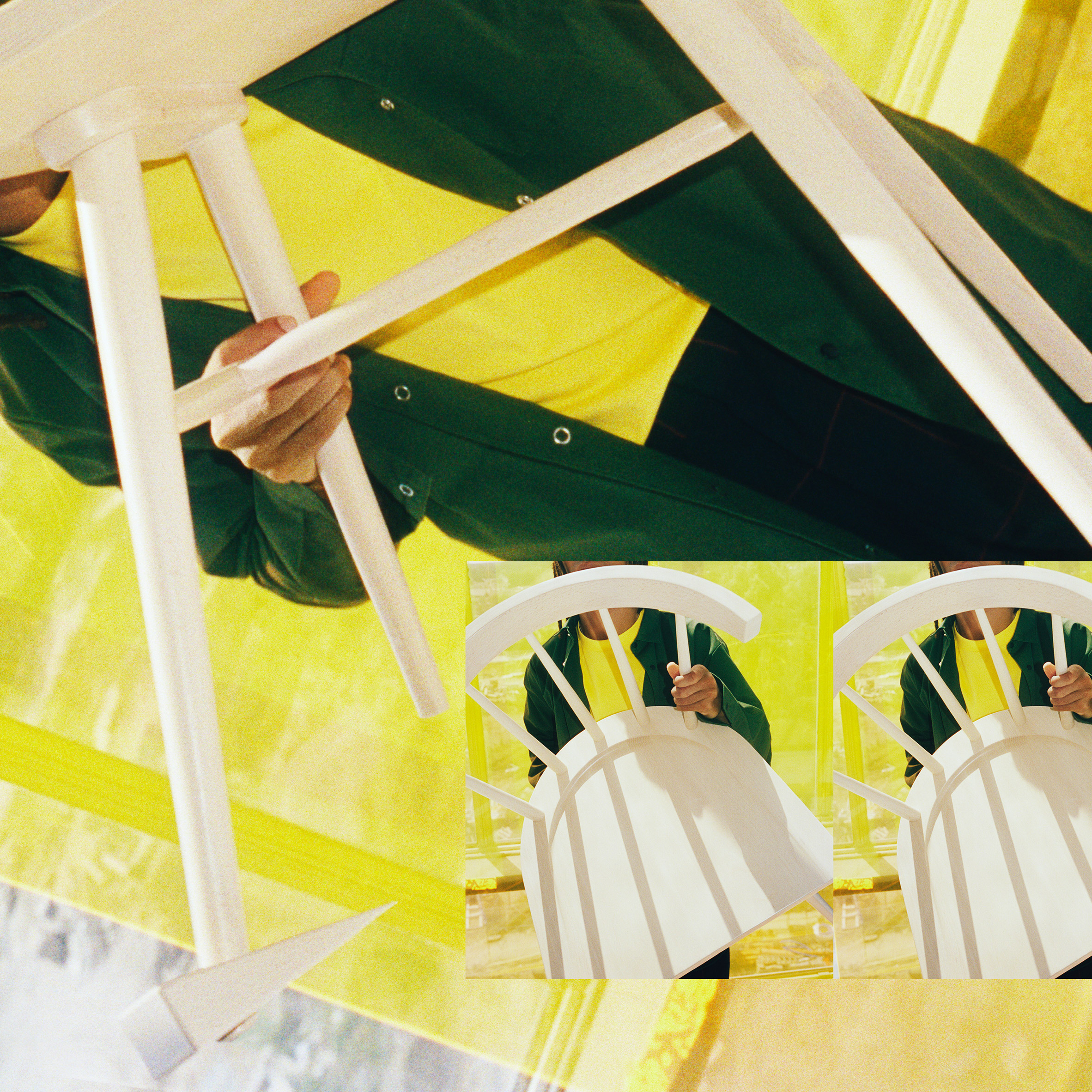 This year, furniture designs ventured out of the home onto the streets and into prisons. Design reporter Jennifer Hahn picks out her top 10 projects for our review of 2019, from public seating in Beirut to silicone chairs. 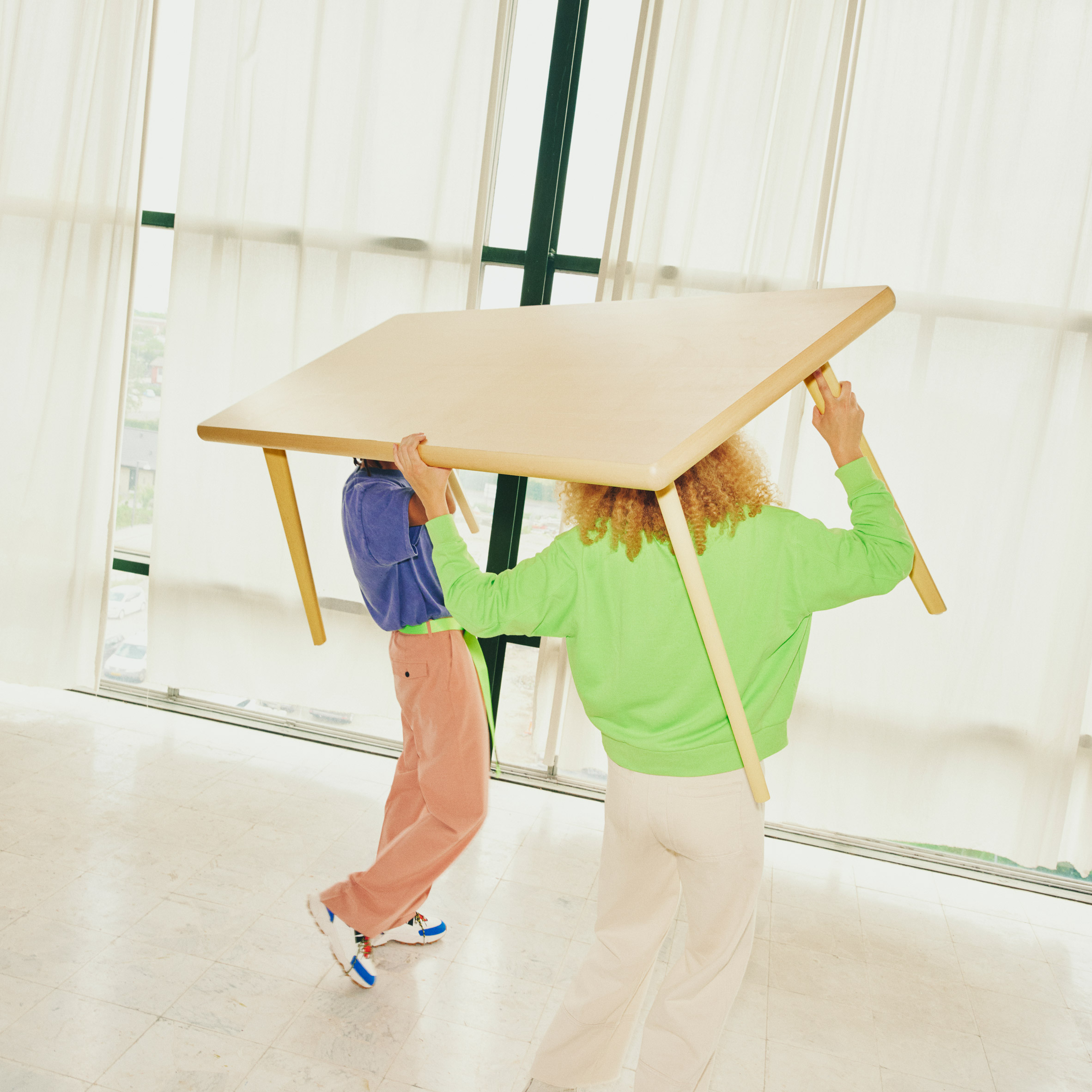 Markerad by IKEA and Virgil Abloh

After hacking the Vitra archive in June, this year's most hyped launch saw Virgil Abloh make his latest foray into furniture design with an IKEA collection that includes a bed, dining table, chair and cabinet, made from light pine and beech wood.

The pieces are deceptively minimal, save for a number of small, tongue-in-cheek details an integrated doorstop here, a red-nail handle there which Abloh has become known for in his designs for Off-White.

Find out more about the Markerad collection 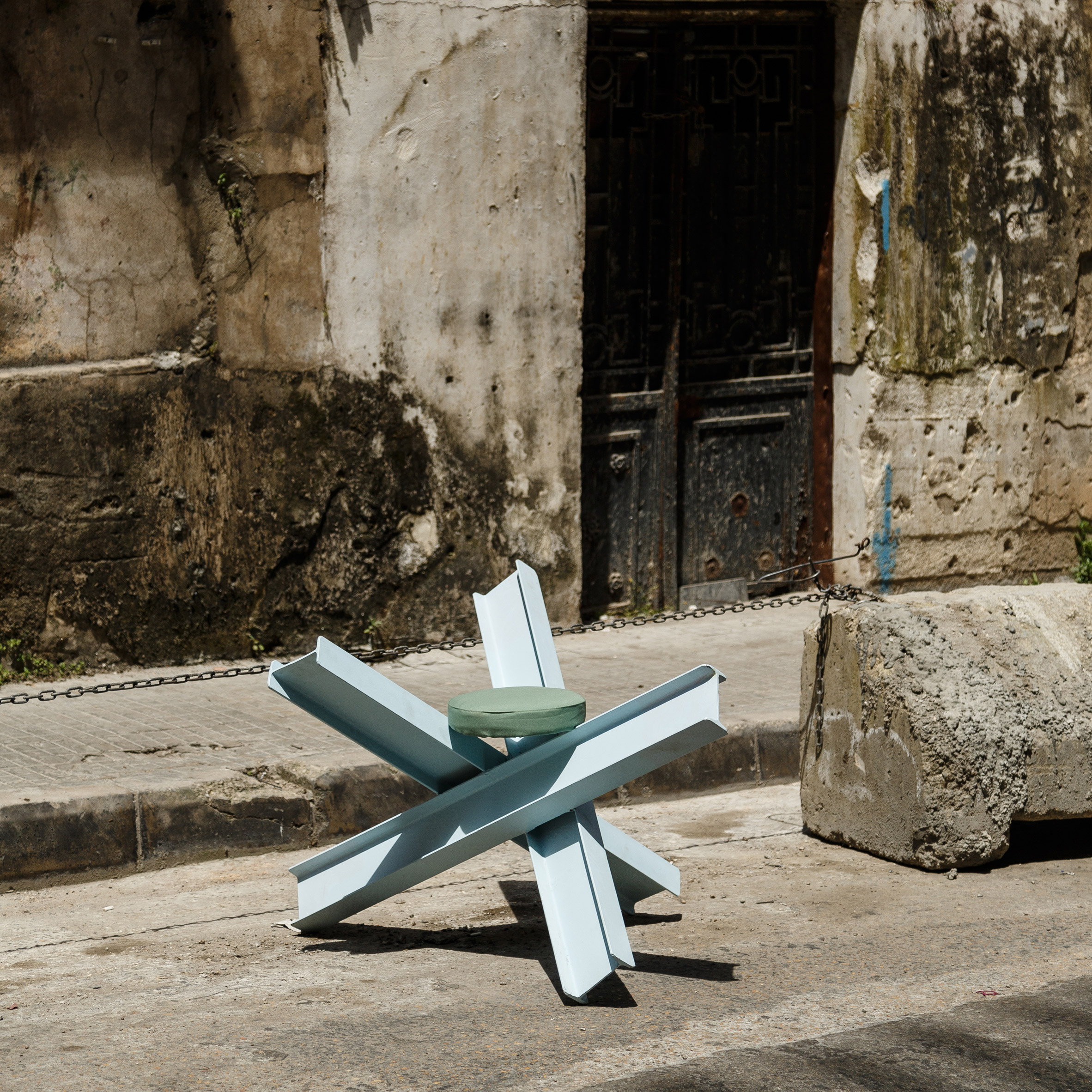 Holidays in the Sun by T Sakhi

With Lebanon in a period of civil unrest, various designers have staged installations across the capital this year in an attempt to give citizens a sense of ownership over their city.

In one of the stand-out projects, design duo T Sakhi used Beirut's ever-present security infrastructure against itself, turning damaged military barriers into public seating and reimagining crowd-control fences as planters.

Find out more about T Sakhi's Holidays in the Sun 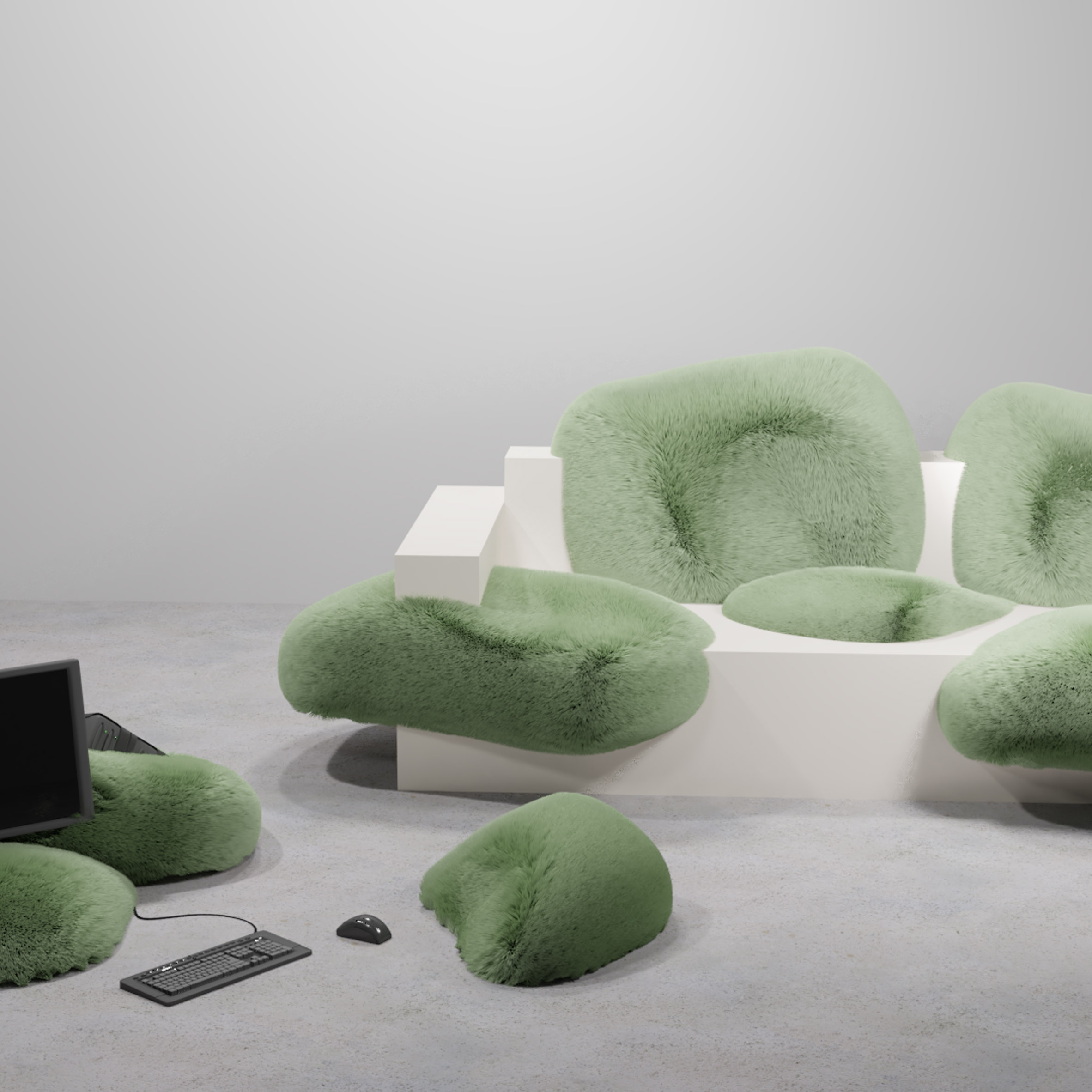 Renders become real in this collection from Janne Schimmel and Moreno Schweikle, as minimal furniture designs are digitally mashed up with furry, blob-like shapes and finally translated into actual furniture.

Rather than using 3D renders to visualise an existing concept, CrossFit is an experiment in letting the unrealistic, unexpected ways that materials behave in computer models push the boundaries of what is possible in a physical object. 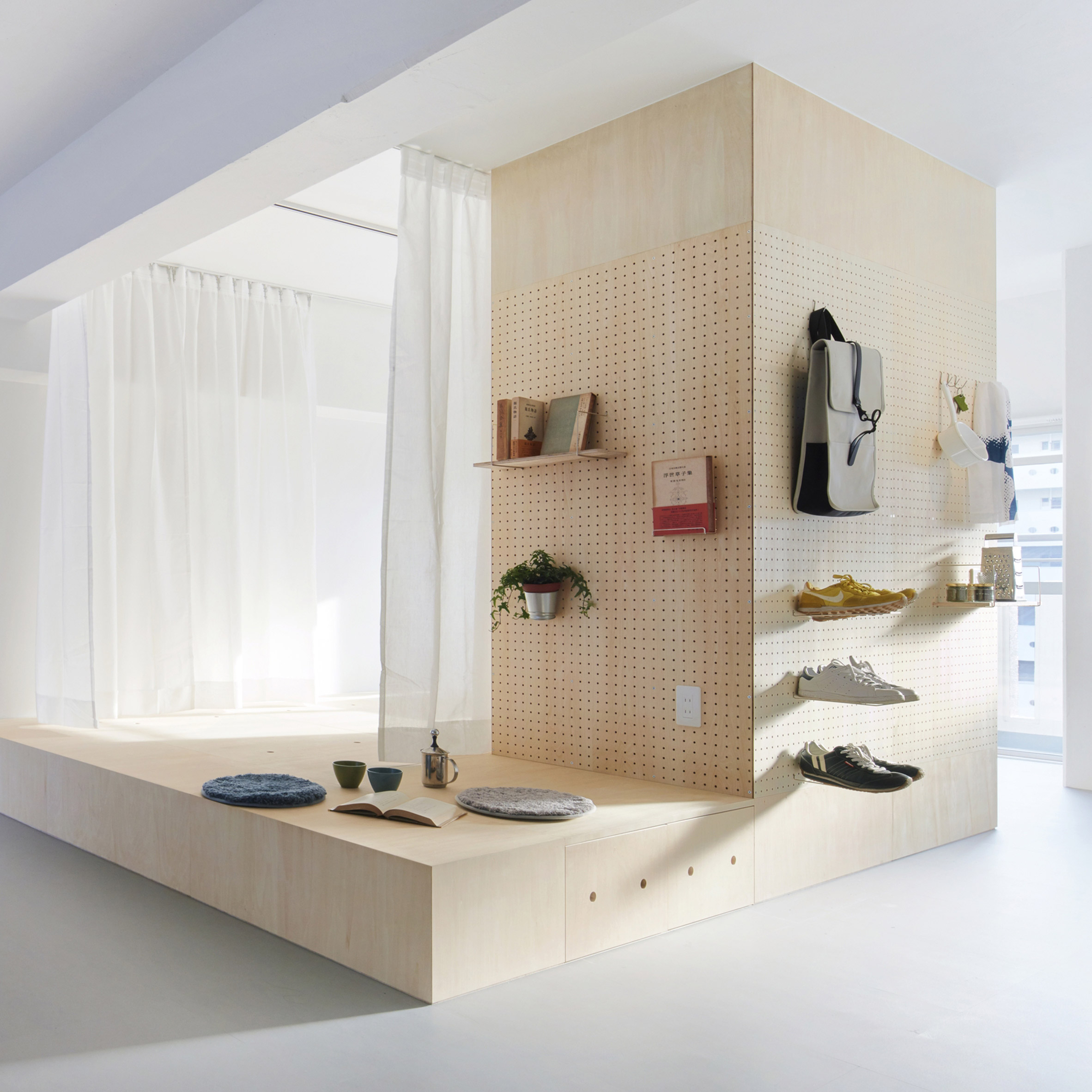 With Shima, Nmstudio joined a number of architecture practices crossing over into furniture design this year. The name, which means island in Japanese, in this case refers to a multifunctional plywood unit that was created for a public-housing complex in Osaka.

Consisting of raised floors and pegboard walls, they allow residents to customise the layout of their otherwise identical apartments, with simple modifications like hooks, cushions or mattresses turning the module into a place to sit, sleep and store. 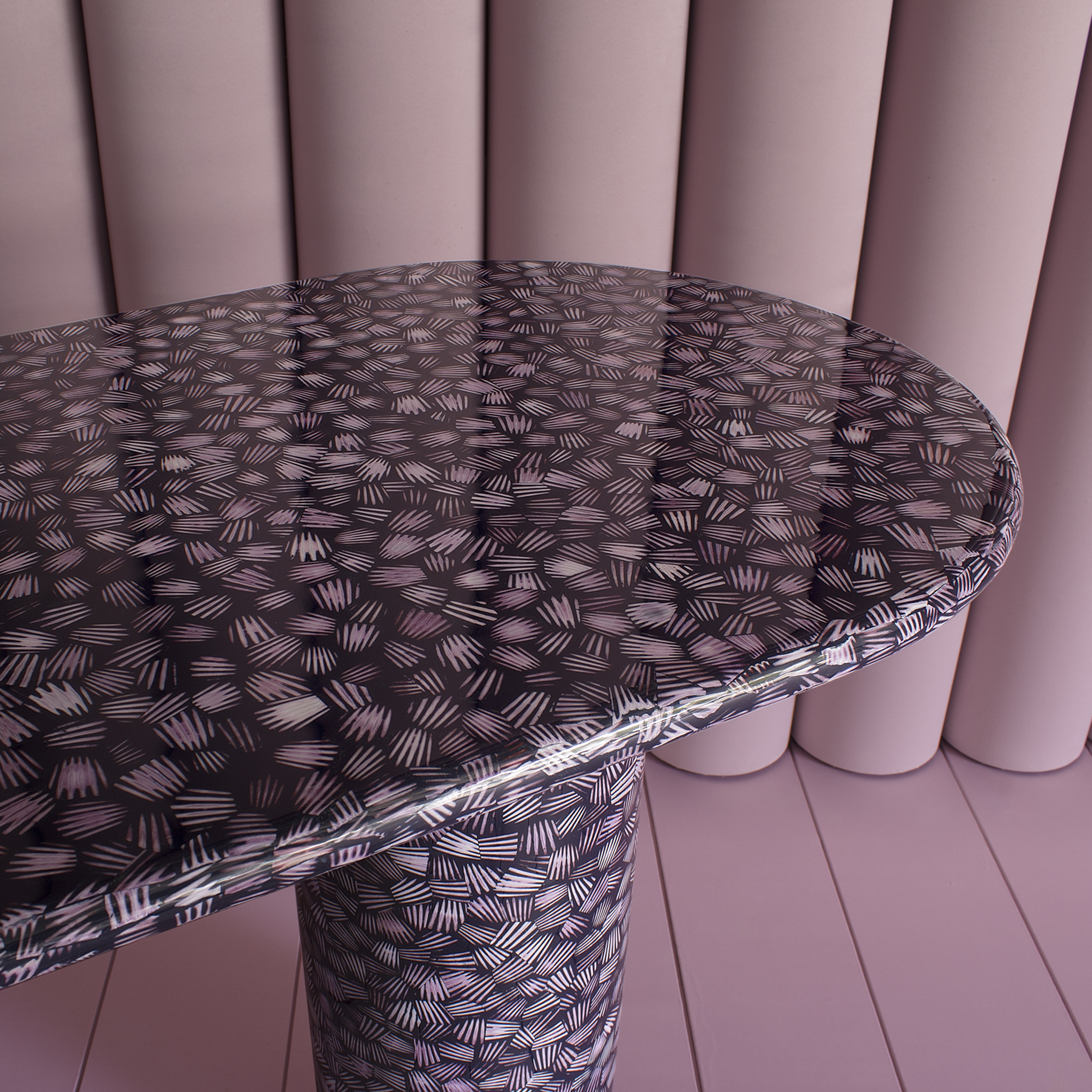 As calls for a more circular economic system grow, a host of projects are making use of post-industrial waste materials, for example from the production of aluminium orbeer or coffee, to help us reconsider our throwaway culture.

For her part, Bethan Gray turned to the seafood and farming industries, using byproducts like shells and feathers to create a sleek collection of shelves, seats and tables that let the natural qualities of the materials shine through. 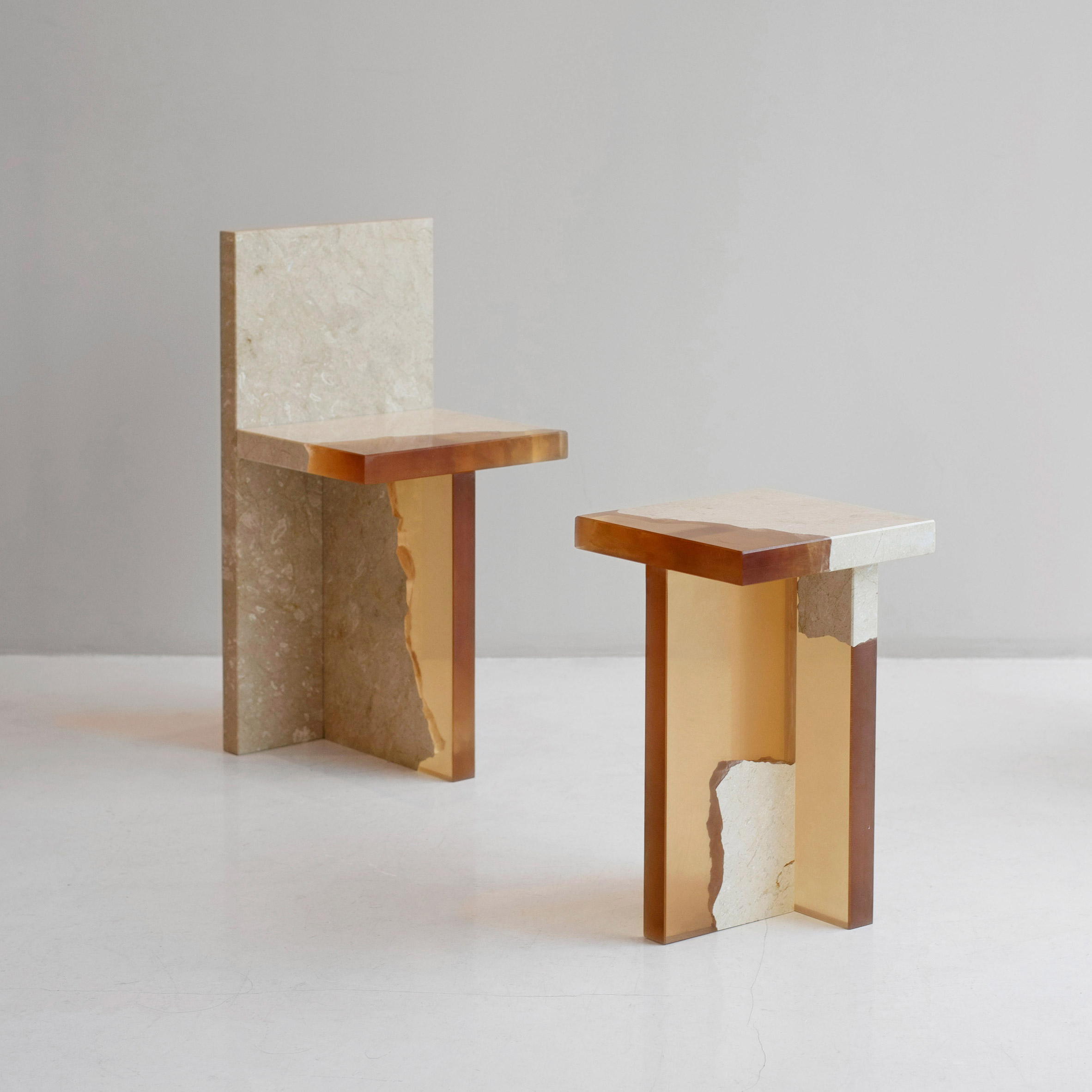 On the more glamorous side of waste repurposing is a collection by South Korean Fict Studio, which consists entirely of pieces of broken marble that were discarded by manufacturers and subsequently encased in a light golden resin like insects in amber. 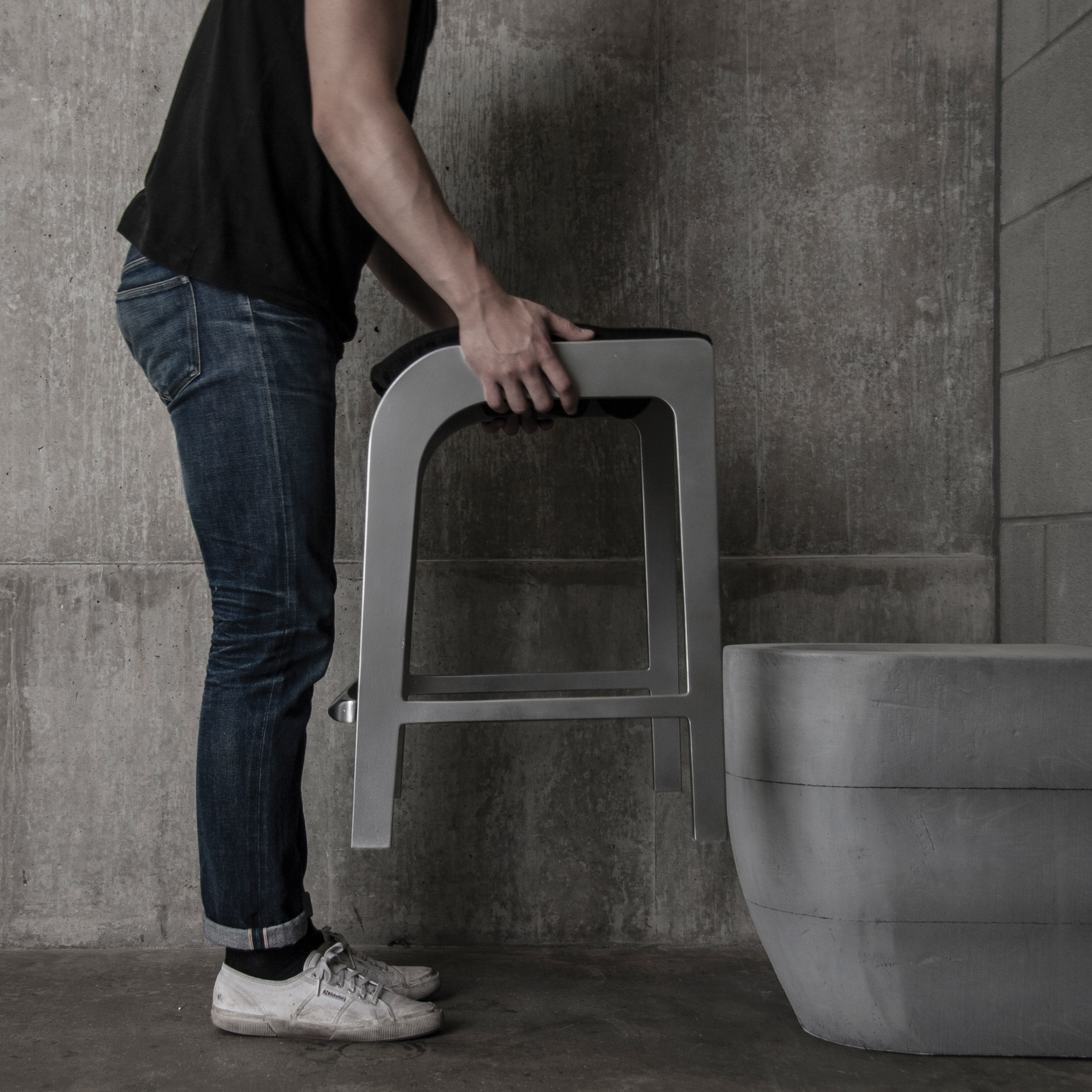 This year's Central Saint Martins degree show featured a collection of multi-purpose cell furniture, created by a group of 16 students in partnership with prisoners and prison staff.

The prototypes which include a stool that also functions as a toilet bowl cover and a cardboard rocking chair that works as a low desk and shelf are meant to make life for inmates more comfortable while imparting them with vocational skills through taking responsibility for their production.

Find out more about the Cell Furniture project 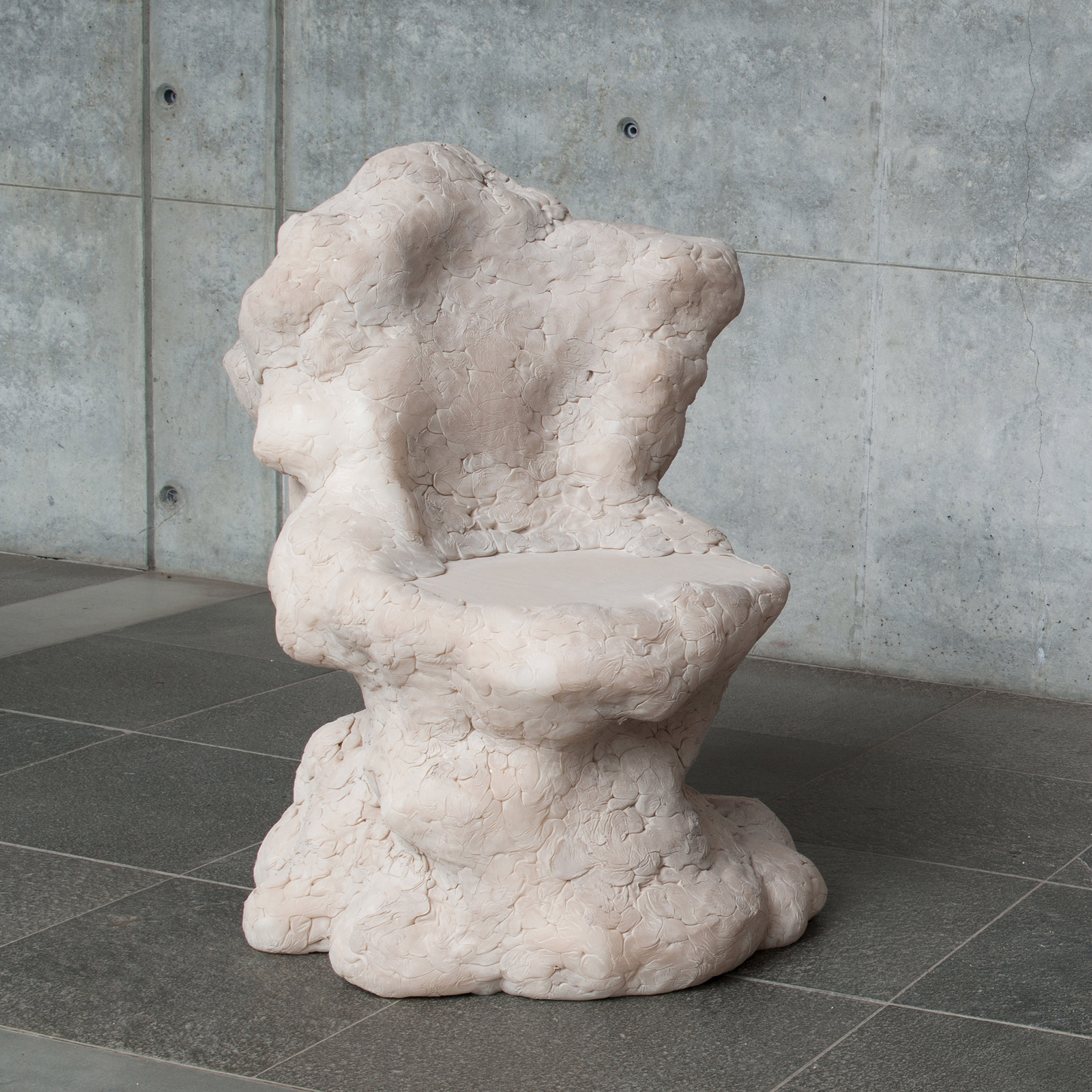 For the amorphous Dolomies chair, French designer Elissa Lacoste worked with silicone "in the manner of a classical sculptor," letting the material dictate the form of the final object.

Clay powder was used to create organic textures like grooves and ripples to emulate the appearance of stalagmites and similar geological formations that are rarely found in the built environment. 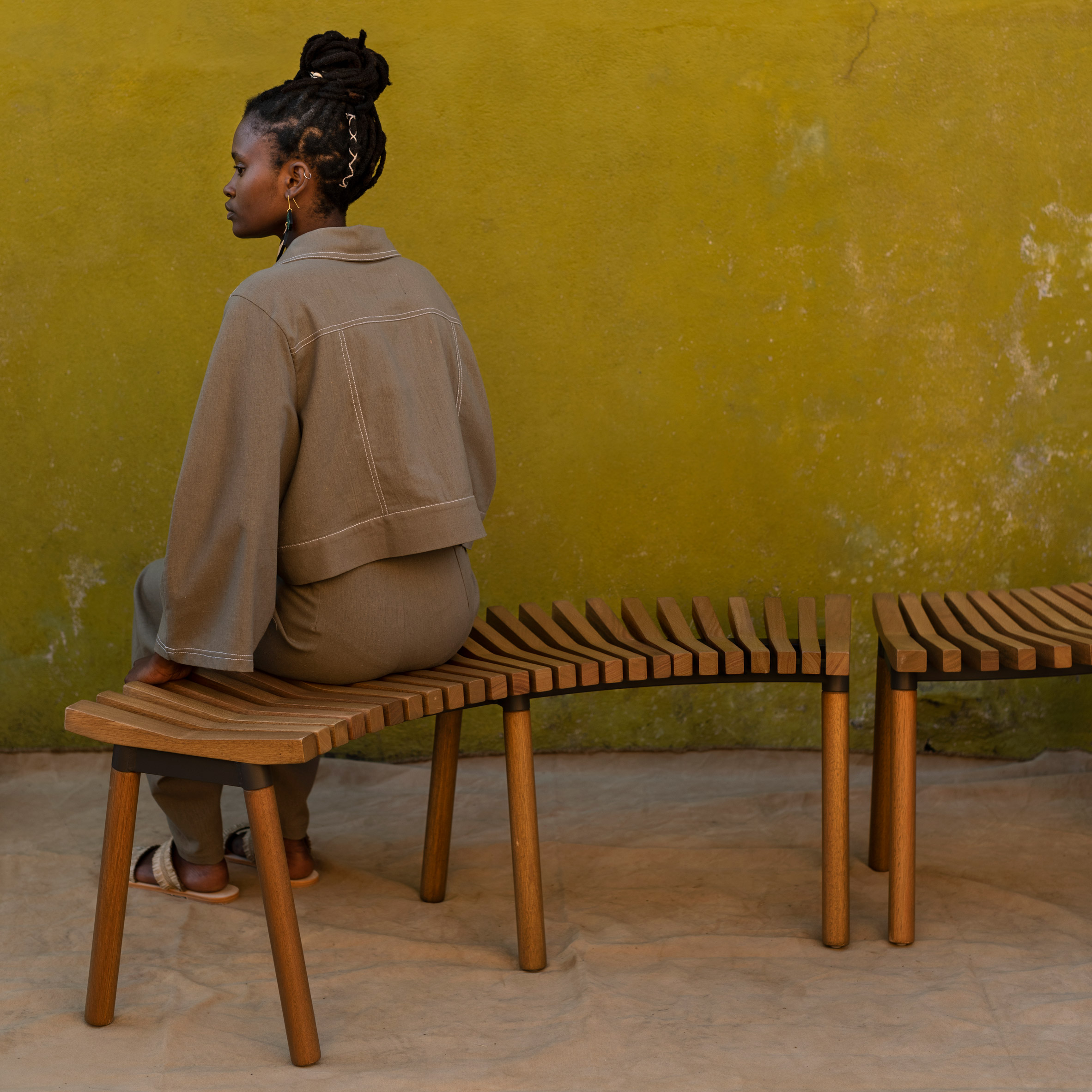 verallt by IKEA and Design Indaba

Another year, another long list of IKEA collaborations, which included Olafur Eliasson, speaker brand Sonos and in what was by far Dezeen's most read furniture story of 2019 a cast of designers from five African countries.

Hailing from a range of different disciplines, each shared their take on what African design means, with Ivorian architect Issa Diabat creating a chair from one sheet of plywood and zero fixings, while Kenyan design workshop Studio Propolis made a modular, curving bench to facilitate socialising.

Find out more about the verallt collection 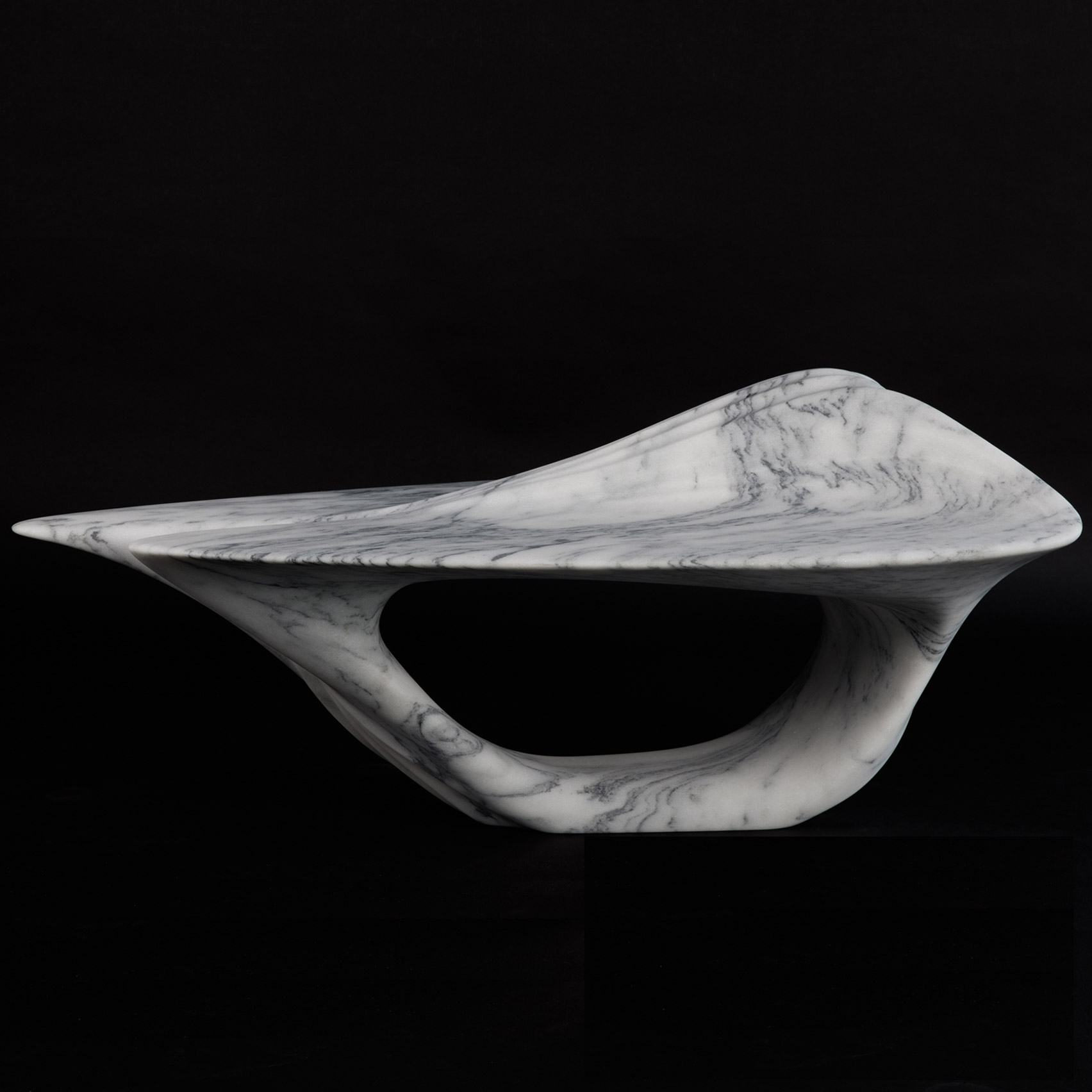 To imbue a rigid material like marble with an unexpectedly fluid shape, Emirati designer Layth Mahdi enlisted an algorithm for the conception of this coffee table and a 7-Axis robot for its milling.

Despite recent concerns that such automation might put creative workers like architects out of business, Mahdi believes that "the future is collaborative" with humans filling in the skill gaps of robots and vice versa.