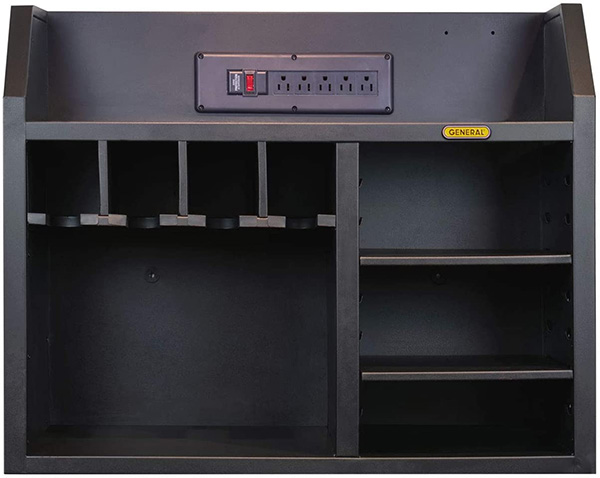 I came across this General Tools CS1 wall-mounted cordless power tool charging station, and it’s something I’ve been meaning to talk about. I kept back-burnering the idea, but a couple of people have sent me tips about it, and so I suppose it’s time for the post. 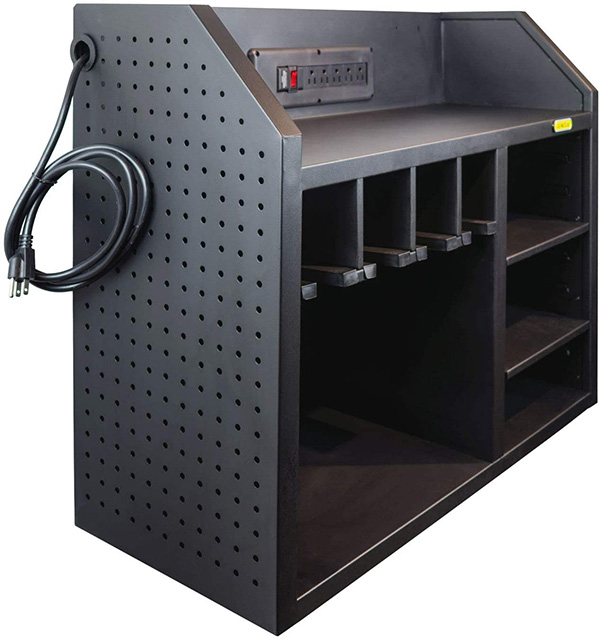 This is exactly what it sounds and looks like – a wall-mounted open-style cabinet specially designed and made to organize your cordless power tools, chargers, and other workshop gear and accessories.

If the design looks familiar, that’s because Lowe’s came out with a Kobalt version back in 2017.

Since then, there have been a couple of requests and emails about where customers could find the exact design. 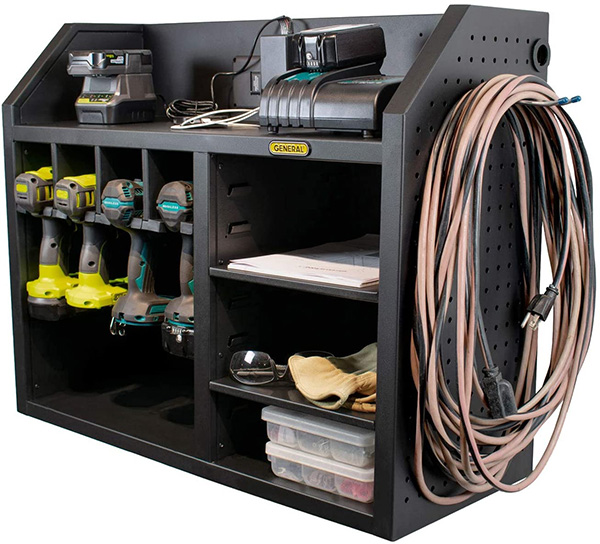 It features slots for up top 4 tools with a drill/driver form factor, a top shelf with integrated power strip, and 2 adjustable shelves on the right side. The ends are perforated to create pegboard panels, for holding other odds and ends with hooks and pegs. 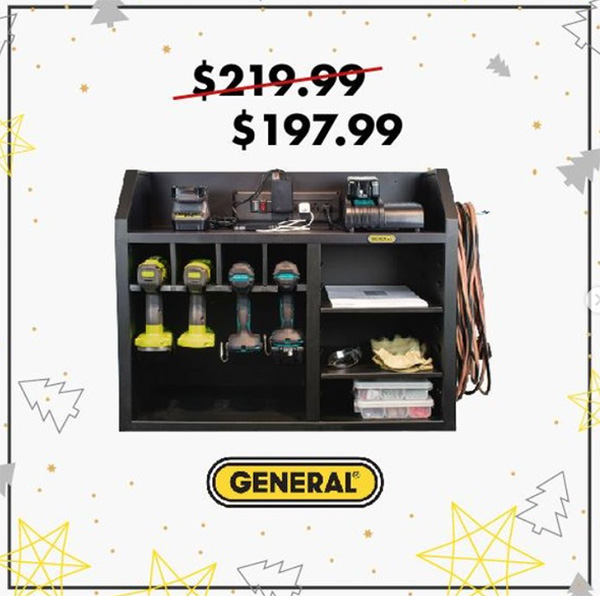 General Tools started advertising their Black Friday 2020 sale pricing, which takes the price down to $198.

At $99, this wall cabinet can be found on the line between “I can make something myself!” and “but I really want something made of metal and don’t have the necessary equipment or skill.”

At double the price, it’s a hard sell.

If you don’t want to go the DIY route, there are many pre-made options at Etsy, Amazon, and elsewhere, made from wood and metal.

But, to each their own. Personally, I really like commercially-available solutions, as I often lack the time and interest to fabricate everything I need. I prefer to spend my time and effort on endeavors where my preferences or interests require a more customized and handcrafted approach.

In other words, I would normally defend the idea of buying something like this from the store for those that don’t want to craft their own solution.

But for $200, I would say that there are other close-enough alternatives out there, made from wood or metal, and you could certainly make something out of plywood or maybe even solid wood for considerably less as well.